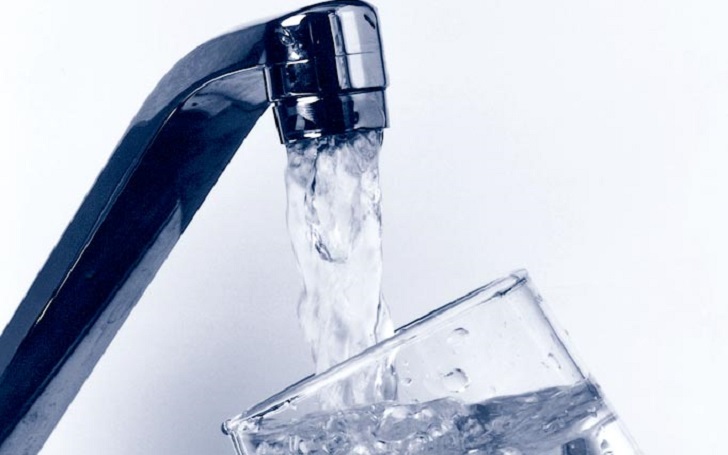 It’s hard to imagine – paying more than we already are for water if you live in what is commonly referred to as “East Anthem.” Anthemites that reside on the west side of the I-17 are fortunate enough to have Phoenix water. However, the vast majority of Anthem lies on the east side of I-17 of which we have EPCOR as our water provider. And if you think EPCOR water rates are already extreme, they are about to increase once again… that is unless we can convince to Arizona Corporation Commission to not reverse their decision to deconsolidate Anthem from the Agua Fria wastewater district in 2011 .

That’s right! Even before the three-year phased deconsolidation is complete, the Corp Commission is bowing under the weight of complaints from Agua Fria customers left holding the the big bill. Anthem News is reporting that on On Aug. 8, EPCOR followed the Commission’s orders and delivered rough numbers on three alternative rate scenarios:

The judge hearing the case is expected to present the schedule for next steps within about a week. EPCOR spokesperson Rebecca Stenholm encourages the community to get involved. “It’s a public process. Customers in each district can get fully engaged in the process,” Stenholm said. “As customers, sharing your perspective is an important part of this process.”

The Anthem Community Council has prepared a petition opposing reconsolidation. The petition is available to sign online, at the civic building or at the community center.

Here is a visual from EPCOR of the various scenarios that are being presented: 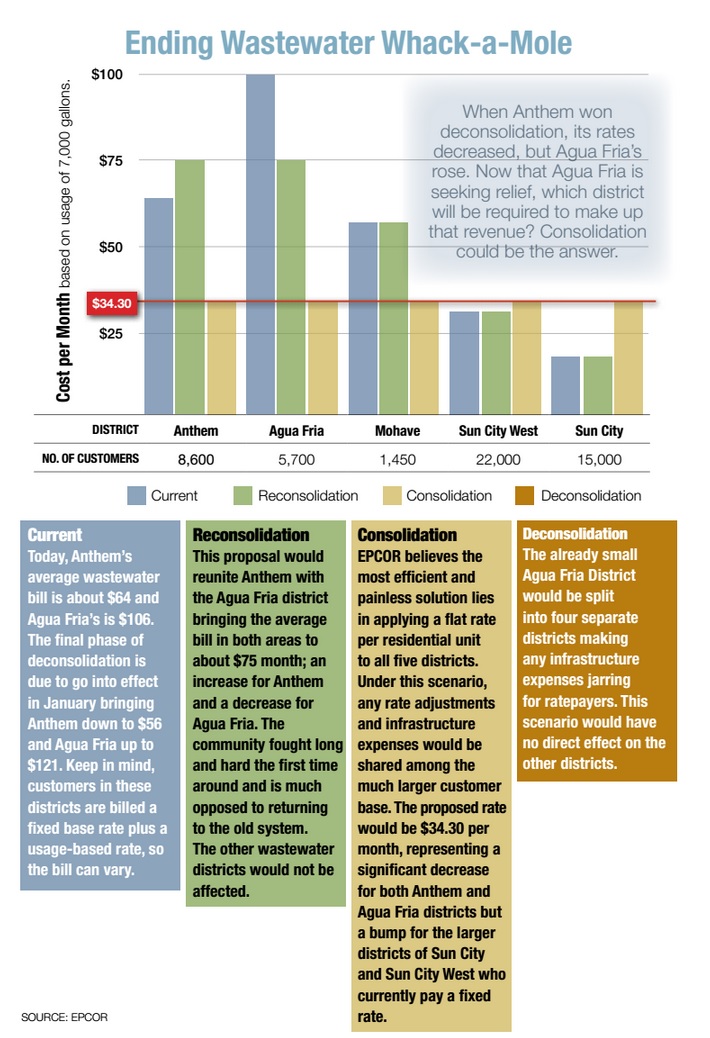 David Wallace is a search & social media marketer who lives in Anthem Arizona with his lovely wife. Interests & hobbies include all things Disney, roller coasters, musicianship and Christianity. Follow +David Wallace on Google + as well as Twitter. More from this author »
« Rhapsody School of Music At a New Location
Adventure Playground Grand Reopening »